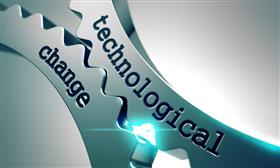 Revenue from the sector is likely to grow 8 to 10 percent in constant currency terms in the fiscal year ending March 2017, lower than an earlier forecast of 10 to 12 percent, the National Association of Software and Services Companies (NASSCOM) said.

Events such as the U.S. presidential election and Britain's vote to exit the European Union have weighed on the Indian IT outsourcing sector with most of its revenues coming from North America and Europe.

"The industry is going through a transient phase with various domestic and global factors impacting its performance," said NASSCOM President R. Chandrashekhar said in a statement.

"While the effect of various short-term factors may show for a couple more quarters, the worst is behind us," he added.

NASSCOM is the trade body and chamber of commerce of the IT-BPO industries in India. NASSCOM is a global trade body with more than 1200 members, which include both Indian and multinational companies that have a presence in India. NASSCOM's member and associate member companies are broadly in the business of software development, software services, software products, consulting services, BPO services, e-commerce & web services, engineering services offshoring and animation and gaming. NASSCOM’s membership base constitutes over 95% of the industry revenues in India and employs over 2.24 million professionals.