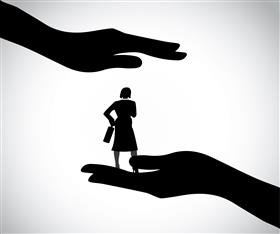 Mysuru, India, Feb 16, 2021 -- In the wake of the launch of the emergency response support system helpline – 112 – the number of cases in the wee hours has been sliding since mid-December. In addition to the chain-snatching cases, the number of women who have been robbed in the hours preceding dawn has also dropped drastically following the launch of the all-India helpline number.

Help has been but minutes away for women who have dialed the emergency number whenever they have been in distress or have felt unsafe. Mysuru city police said that it has helped them prevent crimes, thefts, during odd hours.

A woman in Kuvempunagar who dialled 112 before dawn on feeling unsafe during her morning walk found herself in the company of a mobile police team in under two minutes. Police personnel subsequently guarded the woman home safely.

Mysuru city deputy commissioner of police (crime) Geetha Prasanna said that many women had been using the helpline on sensing danger. "This has helped us stop crimes. Cases of chain-snatching, stalking and armed robbery during the odd hours has come down in the city," Geetha told TOI.

There is no delay to responding to calls made to 112. All vehicles of the mobile police teams have GPS-tracking devices installed and officers in the control room alert the team nearest from the caller to attend to the complaint. In case calls go unattended at the local control room, they are automatically diverted to the centre in Bengaluru and police are directed to the spot from the state capital.

"All the staff in the control room is dedicated to help those who call 112. Even calls to100 are directed to 112 They ensure that help reaches the caller in no time. An officer of the rank of assistant commissioner of police is responsible for the administration of the helpline," Geetha added.