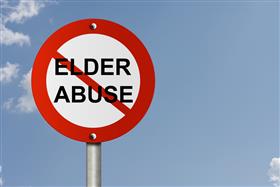 Perth, Australia, March 19, 2019 -- Victims of elder abuse will have access to a free national hotline, providing a "one stop shop" for information and referrals so older people can protect themselves.

"(They) will have to be inclusive of indigenous and migrant and ethnic Australians and people from different cultural backgrounds with different levels of language skills in English and other languages," Mr Porter told reporters in Perth.

"The Kimberley is the particular service provider and trial site that we have developed to try to combat the challenges of ageing and elder abuse specifically for indigenous Australians."

Mr Porter said the helpline was aimed at all elderly people, including those living in aged-care facilities.

Age Discrimination Commissioner Kay Patterson said the national hotline made her job easier because she would no longer have to provide dozens of phone numbers in different states.

"To any older person who is out there thinking 'I'm not sure where my money is going, I don't know what's happening to my medication, I feel concerned that people are controlling my life' that's the number to ring and there will be people who are experienced to help them in their state or territory," she said.

The federal government also plans to undertake Australia's first national study on the prevalence of abuse.

Mr Porter said it was estimated up to 185,000 older Australians experienced some form of abuse or neglect every year.

WA seniors and ageing minister Mick Murray said calls from the helpline would be directed to state government-funded Advocare, which needed need more cash to manage the increased caseload.

The national plan was a key recommendation in a 2017 report by the Australian Law Reform Commission, which highlighted physical and financial abuse, neglect and exploitation of older people.