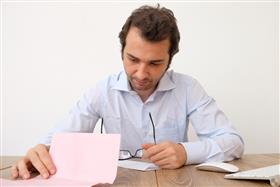 The bank has decided not to renew the lease on offices in Western Boulevard, with the loss of 179 jobs.

There are 350 staff at the office, called Bede House, and the bank hopes some will be relocated.

The Unite union said it would help during the consultation period.

The office deals with NatWest customers in England and Wales and Royal Bank of Scotland clients calling from north of the border.

One former worker said he was told staff were in tears when the announcement was made.

'Why make the cuts?'

The man said: "If it’s a good brand and they are doing a good job, why make the cuts?

"I gather that they were all told at 11am on Wednesday that there were going to be redundancies on November 13 and it was something to do with the lease of the building not being renewed.

"It’s a NatWest call centre for normal banking customers and they deal with things like complaints, sales, customer services and out-of-hours services.

"I worked there a few years ago and was thinking of coming back to Leicester, but that’s not going to happen now.

"The parent company RBS, rather than NatWest, is seen as the bad brand but despite that they are getting rid of NatWest people, which seems a bit unfair."

He understood there were similar operations in Birmingham, Manchester and Southampton.

RBS had a pivotal role in the 2008 banking crisis.

It was saved from collapse following a bailout by the Government, which has now started offloading shares in the business at a loss.

What did the bank say?

A spokesman said: "RBS will exit Bede House in Leicester by the end of 2018 as our lease has come to an end.

"Customers will not be impacted by this decision, however we unfortunately expect the exit of this building to result in around 179 roles being made redundant.

"We realise this is difficult news for our colleagues and we are doing everything we can to support those affected.

"We will ensure compulsory redundancies are kept to an absolute minimum."
What did the university say?

The offices are on the Bede Island Business Park, on the other side of the River Soar from the main De Montfort University Campus.

The university bought the building last year and it is understood the lease came up for renewal on May 17.

Rob MacGregor, the Unite union’s national officer for the finance sector, called it "another page in the sorry saga of RBS job losses".

He said: "It’s further contraction of jobs and roles as the Government gets ready for selling off the business.

"The normal consultative arrangements apply and we will be consulted over the practical issues regarding redundancies and redeployment."

A spokesman for De Montfort University said: "DMU purchased the building as a long-term investment when it was put up for sale by the previous owners last year.

"We agreed a new lease with the current tenant RBS/NatWest and the company has voluntarily chosen to leave the building before the expiration of that lease."

"I will be seeking an urgent meeting with them to find out if anything can be done to protect these jobs or ensure staff have other roles to move to."

National Westminster Bank Plc, commonly known as NatWest, is the largest retail and commercial bank in the United Kingdom.

Today's Tip of the Day - Faxes Into Your Contact Center