News : NBN Complaints ‘Through the Roof’ Due to Overseas Call Centres 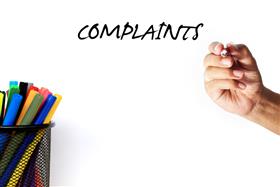 Sydney, Australia, Oct, 2020 -- The head of Australia’s competition regulator has slammed NBN providers, accusing them of shoddy service through the pandemic with complaints going "through the roof".

Australian Competition and Consumer Commission (ACCC) chair Rod Sims said telcos should bring their call centres back to Australia. He added the privatisation of the national broadband network was "inevitable".

Speaking at the AFR National Infrastructure Summit, being held in Sydney today, Mr Sims praised the backbone of the network and how it had coped as people shifted to working from home due to COVID-19.

"The NBN rollout really could not have been more timely. Almost overnight, many of us moved from physical to virtual workplaces and depended on the NBN," he said.

"Without the NBN, essentially built just in time, our broadband would not have performed anywhere near as well as it has."

Initially data speeds slowed down during the early months of the pandemic. However, Mr Sims said after the NBN boosted its network capacity, and passed that on at no extra charge to retailers, data speeds "really hadn’t missed a beat".

But the ACCC chief had little good to say for the firms that customers buy the NBN through – the likes of Telstra, Optus, TPG and Dodo.

"Consumer complaints about their NBN connections have risen dramatically. The level of complaints has just gone through the roof."

Last month, the Telecommunications Industry Ombudsman revealed telco complaints had surged by 1500 per cent in the 2019-2020 financial year.

Around a third of the complaints - the largest chunk at 43,000 - was for internet services. Many of these were during the early months of the pandemic. NBN issues were up by five per cent.

A particular bug bear was customer service, or the lack of it.

"We’ve had a flood of complaints by consumers unable to get through to their retail provider to seek help, particularly as their call centres and back office functions are based overseas and they were forced to close (by the pandemic)," he said.

"I really think the Australian companies have to rethink their call centre arrangements, particularly in the telco sector.

"Poor responses from call centres sends a strong message to consumers about how little they are valued by the retailer."

The ACCC has commenced an inquiry into NBN pricing after some telcos withdrew cheaper plans, potentially blocking poorer customers from accessing the network.

Mr Sims said privatisation of the NBN was on the cards.

"On the one hand, privatisation of the NBN is probably inevitable. But on the other hand, it’s probably some years away."

Mr Sims said that any plan to privatise the NBN should happen in conjunction with a another looks at how its regulated.

"If and when the NBN is privatised, we will need to rethink its regulatory framework, considerably."