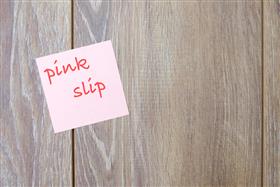 Lititz, PA, Dec 5, 2017 -- Two central Pennsylvania locations have or will lay off a combined 198 employees.

BB&T which acquired Susquehanna Bank in 2015, closed its facility at 26 N. Cedar St. in Lititz and laid off 82 employees in its call center and processing services operations.

The facility is the former headquarters of Susquehanna Bank and a buyer is under contract for the building. The layoffs were effective as of Sunday, according to a WARN notice that BB&T filed with the state under the Worker Adjustment and Retraining Notification Act.

The company said in an e-mail that it would help those affected by the layoffs by helping them find other opportunities inside and outside of the company.

DHL Supply Chain has also filed a WARN notice with the state, laying off 116 employees at The Hershey Company's EDC III distribution center. The facility is located at 500 N. Lingle Ave. in Derry Township.

Layoffs began last month and are occurring in phases. Another company, XPO Logistics will take over DHL's co-packing operation which involves manually hand-packing retail orders. XPO is expected to take over the contract at the beginning of the year.

DHL's 450 employees in the warehouse operations of the facility will remain, according to DHL spokesperson, Lynn Anderson. So far 45 employees of DHL's co-packing operation have relocated to other DHL operations in the area, and XPO has also indicated that it will interview those affected by the layoffs, according to Anderson.

The BB&T Corporation is one of the largest financial services holding companies in the U.S. with $184.7 billion in assets and market capitalization of $28.9 billion, as of March 31, 2014.