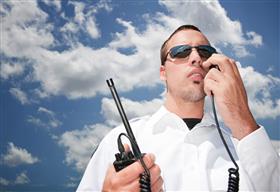 The radio infrastructure services the communications needs of NSW Police’s 20,000 staff, including more than 16,000 officers, working from 500 police stations across the state.

The upgrade will result NEC Australia adding substantial capacity to the radio network through its iPasolink microwave platform.

According to NEC Australia’s radio solutions business manager, Krisztian Som, the upgrade will future-proof capacity on the network.

"The initial deployment of 180 iPasolink terminals was to provide high-capacity microwave linking equipment to replace a number of existing 400MHz and 900MHz links within various areas of NSW and also to establish new links," Mr Som said.

"The challenge was to provide suitable alternative linking which can reuse existing ‘light infrastructure’ and solar power systems without a major infrastructure upgrade."

Under the new contract, NEC will supply an additional 110 terminals, to the New England region of northern NSW.

"The radio system can deliver 10-20 megabits per second (Mbps) full duplex capacity over 40km-50km with 0.3 and 0.6M Antennas. NSW Police intended to use the 10.5GHz band which is specific to Australia, hence finding equipment was a challenge but [we] developed a special solution in six weeks and delivered on time and budget."

David Brogden, commander of wireless technology at NSW Police, said the regional communications backbone of the agency was stronger than ever. "The new iPasolink platform is underpinning our critical radio communications network, essential to the protection of NSW’s seven million people," he said. "Not only is it robust in all conditions but its light weight also helps us reduce operational costs."

The New South Wales Police Force is Australia's oldest and largest police organisation and one of the biggest in the English speaking world.