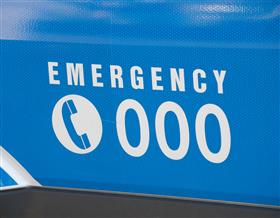 Hobart, Tasmania, July 1, 2019 -- The Tasmanian Government has overhauled its legacy Triple Zero telephony service in favour of a new platform by NEC Australia.

NEC was originally awarded the contract to provide and manage the telephony and call centre solution last year for the Departments of Police, Fire and Emergency (DPFEM) and Health and Human Services (DHHS).

According to the original contract notice, the emergency service was previously provided by Spectrum Telephony Services using analogue lines over copper cable supplied by Telstra.

This service was scheduled to be switched off and the wires decommissioned in April 2019, although NEC first started providing a new telephony system and call centre platform from January.

Under the agreement with the Tasmanian Government, NEC will retain ownership of all hardware and software and manage the system for the Government over a five-year term.

"NEC Australia is proud to be a partner in such as crucial project," NEC Australia managing director Mitsuhiro Murooka said. "There can be few things more important a government can provide its citizens than a reliable Triple Zero service."

A third-party partner was also engaged to handle voice recording for the Triple Zero messages.

"NEC is respected the world over for our innovation and reliability in IT service delivery and we are pleased to have been able to cooperate with the Tasmanian government in delivering the latest technology for this potentially life-saving service," Murooka added.

Murooka first joined NEC in April following the departure of Mike Barber at the end of March. Last month, the company won a contract to secure Sydney Trains network’s control system over the next five years.

The company was also recently awarded two contracts to improve connectivity for the Western Australia public health system as well as a deal with Melbourne firm Genix Ventures to trial its facial recognition software in exam fraud.