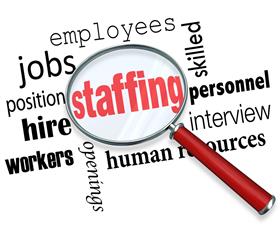 Las Vegas, NV, USA, April 10, 2020 -- The Nevada Department of Training and Rehabilitation (DETR) announced that it has contracted with a third-party vendor to add workers to support unemployment.

According to a press release from Gov. Sisolak, the call center will add at least 100 full-time operators to boost the unemployment insurance call center capacity.

The release says that the State is working with the vendor on an aggressive timeline for implementation, requiring the call center to be up and running by next week.

The addition of staff will increase capacity from 75 to more than 200, the release said.

"Nevada is experiencing a period of historic unemployment," the release said. "Over 250,000 Nevadans have already filed for unemployment, with more than 300,000 expected by the end of the week - a 3,887% increase in unemployment claims since 2019."

Nevada is now ranked 9th in the country in terms of states with the largest percentage increase in unemployment claims from January to April 2020, according to the release.

More Editorial From Nevada Department of Training and Rehabilitation (DETR)