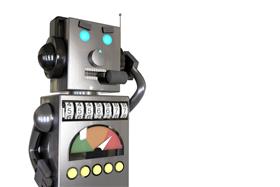 Reno, NV, USA, Jan 6, 2020 -- If you live in Nevada and feel like you’re getting more unwanted robocalls on your phone every day, you’re not imagining it.

Residents of the Silver State received a total of 563 million robocalls in 2019, according to cell phone plan site Let’s Talk. That translates to an average of nearly 16 robocalls per month for every Nevadan.

The number is also enough to secure Nevada the No. 2 spot among states hit hardest by robocalls. Only Maryland gets more robocalls at a rate of about 18 per month for the average resident. Nevadans also filed more than 50,000 complaints to the Federal Trade Commission last year about the unwanted automated calls. Alaskans received the least number of robocalls at about 3.3 calls per month for the average resident.

Nevada isn’t alone in seeing an uptick in robocall activity. The United States saw about 58 billion robocalls in 2019, up by more than 22% compared to the year before. Western states and Eastern coastal states typically topped the list of residents most bothered by robocalling. Besides Alaska and Hawaii, states in the Midwest and central U.S. saw the least amount of robocall activity.

In addition to an increase in activity, robocalls are also becoming potentially riskier for recipients. Scam calls more than doubled their share of all robocalls, accounting for nearly half of all such calls made. Here’s the breakdown of robocall activity by call type:

Robocalls have garnered attention from the FTC and lawmakers. Just this Monday, President Trump signed the bipartisan Telephone Robocall Abuse Criminal Enforcement and Deterrence Act. The TRACED Act increases the maximum fine for robocalling to $10,000 per call. It also requires carriers to use anti-robocalling technology called STIR/SHAKEN to better identify such calls.

Here’s a list of the top 10 states that received the most robocalls per resident last year.

Today's Tip of the Day - Have Some Fun