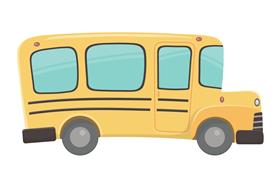 Bethlehem, PA, USA, Aug 13, 2019 -- A new busing call center will be up and running sometime next week in an an effort to streamline the transportation efforts of Bethlehem Area School District's nearly 13,000 students, according to the head of an Arizona transportation consulting firm hired by the district to deal with busing woes.

After working for the district for about a month, General Manager Jenny Casebolt of the Transpar Group of Tucson, Arizona released details regarding the new call center to the school board Monday evening.

She noted the new center will go into effect one week before the start of the school year and continue two weeks thereafter. Calls from parents regarding issues such as bus passes, time changes, new pickup and drop-off stops and more will be taken from 6 a.m. until 6 p.m. weekdays.

Casebolt said she would consider the new upcoming school year a successful one if, in addition to hiring and retaining more bus drivers, she's also able to streamline student transportation efforts to athletic events.

The board is considering implementing a transportation employee hiring incentive bonus to hire enough bus drivers to work 93 daily bus routes for 22 district schools and 53 other educational entities.

A $500 sign-on bonus will be paid to current district employees acting as recruiters securing candidates to complete training classes resulting in either a class A or B commercial bus driver's license.

In addition, current commercial driver's license holders new to the district will not only receive the initial $500 sign-on bonus, but also another $500 for driving as either a class A or B driver for a minimum of six months.

According to Mark Stein, chief facilities and operations officer for the district, bus drivers earn just under $21 per hour for part-time work accompanied by health care benefits and union protection.

In addition to the new call center, the district will have 29 new buses in its fleet in the upcoming school year.