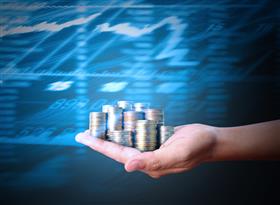 Six sites have been moved into one, dubbed the "Centre of Excellence", based at the Manukau Civic Building in south Auckland.

It will see a boost of jobs available for south Aucklanders through The Southern Initiative - a "win-win situation", mayor Phil Goff said.

"By consolidating six centres into one we're saving on property costs, saving on duplication. That's major financial savings for residents and ratepayers in Auckland."

Goff said centralising the call centre will save about $1.4m with total savings of up to $3.1m through an optimisation programme.

"Bringing people together into one centre means we can create a really good working environment and people can work together as a team and support each other."

Speaking at the centre's opening, Auckland Council transformation director Patricia Reade said the programme had brought about efficiencies in how council operated.

Part of that involved technologies allowing call centre staff in other parts of the city to work from home.

Reade said there are 75 "home agents" - much more than the 30 she had expected.

"We involved our staff and we took them with us. We're keeping experienced staff in other parts of Auckland," she said.

"People say 'we have to be in Orewa, Henderson' . . . [that's] not true and we have proven that. I'm proud of the quality of transition."

Auckland Council's 22 service centres - based around the city - were not impacted in the changes.

"If it's about service centres you can't centralise them, you need that face-to-face contact with the public and they need to be regionally based," Goff said.

Stuff reported in January that staff had been told about the changes before Christmas last year.

Reade said at the time that council had been looking to merge its call centres for some time.

The move to Manukau meant council would save on lease costs, she said.

We look after over 101,000 hectares of public open spaces, 59 libraries and represent over 1.5 million Aucklanders, from Wellsford in the north to Franklin in the south. We keep the region ticking and are tasked with future proofing Auckland for generations to come.