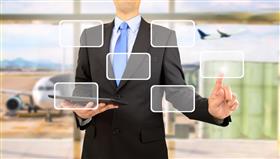 The call centre has been set up by DAA, but its operations will be contracted to an outside company, specifically to tackle the very low rate of follow-up by State authorities on passengers arriving into Ireland who are required to quarantine for 14 days.

Until now it has been the Department of Justice which has been responsible for follow-up calls to locate incoming passengers.

However, only 7 per cent of passengers arriving from non-green list countries were contacted, and only half of those answered the calls.

The low rate of contacting incoming passengers was described by Social Democrats co-leader Róisín Shortall as a weakness in Government plans to tackle Covid-19 in Ireland.

She said that 90 per cent of people travelling into Ireland were from non-green list countries but that there was no meaningful effort made to monitor their movements after arrival.

"So far the tracing of passengers arriving here has been a shambles, with only 7 per cent receiving calls and half of these not being answered. Three separate Government departments continue to play a bizarre game of ‘pass the parcel’ over who should have responsibility for the follow-up system."

Earlier last month, questions were raised about groups of tourists arriving in from the United States and elsewhere and travelling around Ireland without subjecting themselves to quarantine.

This weekend, the Department of Transport confirmed that it will assume responsibility for contacting and monitoring travellers entering Ireland.

It also confirmed the DAA call centre will be in operation from Monday, August 17th.

Until now incoming passengers have been required to fill out a paper-based passenger locator form. An electronic version of the form is being developed by the Health Service Executive and is also due to be launched this month.

"A number of measures are being implemented to strengthen the process around follow-up with international passengers," said a spokesman.

He confirmed the e-form for locating passengers will include a "text-messaging facility with the capability to issue daily reminders and public health information to persons required to restrict their movement".

The locator office will also be in a position to check that passengers are where they claimed they would be on the form they supplied upon arrival into Ireland.

The numbers of passengers arriving into Ireland through airports has fallen by more than 90 per cent during the pandemic.

However, the numbers have significantly increased during July as restrictions in Ireland and elsewhere have been gradually eased. Almost 160,000 passengers arrived in Dublin Airport during July, most from non-green list countries.

Another measure to prevent incoming travellers becoming a source for infection is for testing at airports. The Department of Health has said the HSE is considering a rapid test-and-trace protocol for symptomatic passengers. However, the proposal is for a voluntary system.

The number of coronavirus cases associated with travel remains low, at 650 or just over 2 per cent. However, there are growing concerns that this might become a vector for infection, unless adequate restrictive measures are introduced.

The Dublin Airport Authority plc (DAA) is an airport management company. Principal activities include the management, operation and development of Dublin, Cork and Shannon airports in Ireland, domestic and international airport retail management, and airport investment.