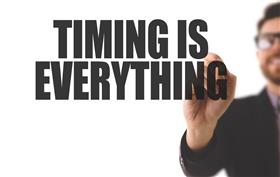 India, New Delhi, January, 2017 -- Avaya announced the successful completion of its Dial 100 project with the state government of Uttar Pradesh, India’s most populous state. One of the largest and most ambitious projects ever undertaken by the Uttar Pradesh police force, the Dial 100 project is designed to provide integrated emergency services across the entire state, including rural areas, on a 24 x 7 basis.

Uttar Pradesh needed a system that could handle the growing number of emergency calls, greater variety of connectivity technologies, and a diversity of responses. Addressing these needs, Avaya established a centralized contact center in Lucknow, the state capital, to facilitate faster response time to emergency calls, with the ability to support more than 600 calls at any given time to support the state’s 204 million citizens.

The solution is based on an integrated communication model, capable of responding to multiple communications channels including phone, mobile, e-mail and social media. The contact center supports all dialects of Hindi and some foreign languages. Video calling features also support users with special needs, with agents available that can read sign language and help provide support to people in distress.

"This citizen-centric solution will empower citizens to get government assistance in an impartial and honest manner in emergencies threatening their life and property," says Vishal Agrawal, managing director, India and SAARC–Avaya. "We believe it will lead to a fundamental shift in the way the police provide services at grass-roots level, which will benefit all law-abiding citizens. We are proud to work with Uttar Pradesh to deliver this ground-breaking solution and believe this provides a model for other states to follow."