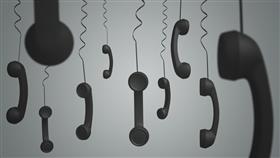 Chennai, India, May 16, 2018 -- Following the announcement of the Plus Two results, the newly-launched round-the-clock helpline no. — 14417 — received nearly 10,000 calls from students and parents on Wednesday.

The toll-free helpline, an initiative of the School Education Department and GVK EMRI, was launched in March this year. The helpline had received several calls the day before the results too from anxious students.

"While the calls were predominantly about students not meeting their own expectations or taking up re-examinations, a lot of them called about career opportunities too. We noticed a positive interest in students on skill-based career," an official at the helpline said.

In an effort to equip students with information about courses, the helpline officials have been sourcing prospectus regarding various courses.

Similarly, the State health helpline 104 received over 5,000 calls till 8 p.m. from students and parents.

An official said that a majority of the students were upset with their marks and had sought counselling. "They spoke about how they had expected a lot more marks and wanted help to overcome the disappointment," she said.

Some students asked the counsellors to speak to their parents who were harsh on them for scoring low marks.

The helpline has, this year, been functioning with a special focus on the concerns of students in rural areas and officials said that they had received several calls from the villages as well.