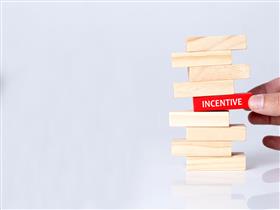 This week's announcement comes on the heels of the state losing more than 1,000 call center jobs. Sitel Group, Concentrix CVG Corp, Verizon Wireless and Volt Management Corp. have all announced layoffs this year.

In a speech to business leaders earlier this month, Keyes expanded on her and Gov. Michelle Lujan Grisham's philosophy when it comes to distributing incentives such as the Local Economic Development Act and the Job Training Incentive Program, which have pools of $75 million and $10 million, respectively. Keyes said the focus for using the incentives is wealth creation and targeting companies that offer good-paying jobs rather than just a high number of jobs. She called JTIP a "make or break" incentive when it comes to the recruitment of companies. Keyes added the administration will target industries like film and television, intelligent manufacturing like 3D printing, green energy, cybersecurity, bioscience, outdoor recreation, aerospace and others, for those incentives.

"We have to take care of our workers here, and the only way that it's going to happen is for us to incentivize companies to pay New Mexicans well," she said.

Business First reported call centers reportedly provide more than 11,000 jobs in the metro area, with annual salaries between $23,000 and $38,000.