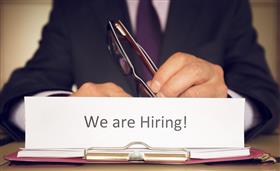 The Enderby-headquartered chain said the new furnishings store will open at Fosse Park on the edge of Leicester in time for Easter, and complement an existing clothes and accessories shop already established in Fosse Park.

Next is also looking for another 100 call centre staff to work across the Midlands.

Although the retailer took a big hit during the lockdown, latest figures show it was not as bad as first feared.

Online sales continued to do well even while its stores were shut.

The new store details emerged after Next chief executive Lord Simon Wolfson said the business was no longer planning a beauty hall in Leicester’s Highcross.

It had planned to take the main floor of a Debenhams department store which has not reopened post-lockdown.

The plan for a Leicester branch was seen as a shot in the arm for the city centre after Debenhams confirmed in May it was closing the Highcross store – which only underwent a big revamp a couple of years ago – and laying off hundreds of staff at its national head office.

A spokesman for Next said they were excited by the plans and said: "The Fosse Park Next store it will be open in time for Easter 2021 and it will employ around 200 local people.

"We’re very excited about opening our new Fosse Park store before Easter next year, with staff recruitment for it beginning in early 2021.

"Next recently recruited around 150 extra people in the Midlands (for its call centres) and is actively trying to recruit another 100 – so this is nearly a 20 per cent increase on before.

"With the new store opening – it’s definitely a good news story as far as jobs go."

Next is planning to open four new beauty halls in the lead up to Christmas, to test the appetite for the concept post-lockdown.

The national retailer said the branches – each about 15-20,000 sq ft in size – will open in Watford, Milton Keynes, Gateshead in October and Reading before Christmas.

The beauty stores will feature a mix of branded beauty products, women’s accessories, lingerie and nightwear and an offer of Next Home products.

Next plc is a British multinational clothing, footwear and home products retailer headquartered in Enderby, Leicestershire.