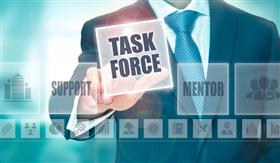 Kingston, Jamaica, April 28, 2020 -- The Government has established a task force to implement new protocols for business process outsourcing (BPO) facilities as part of its response to the COVID-19 pandemic.

According to Daryl Vaz, who has responsibility for investment at the Ministry of Economic Growth and Job Creation, the task force will include a number of State agencies, including the Ministry of Health and Wellness, Jamaica Constabulary Force, Ministry of Labour and Social Security, municipal corporations, Ministry of National Security, and the Office of Disaster Preparedness and Emergency Management.

Vaz explained during a digital news conference at Jamaica House that the measures in the disaster risk management enforcement notice number four are not designed to close down the BPO sector, but to breakdown the potential transmission of the virus that might be taking place in those operations.

He said the new protocols will ensure that all operators in the BPO sector implement preventative measures in their operations, give the regulatory bodies an opportunity to thoroughly inspect their operations, and ensure unified standards.

He added that inspections of all the BPO sites should be completed and signed off by next Monday.

"That would mean that more than half of the 40,000 workers in the sector should be back at work within the one-week period," Vaz stressed.

Earlier, Prime Minister Andrew Holness told the press conference that the task force is mandated to ensure that there is not another breakout of the virus in the BPO sector.

He was referring to Alorica call centre in Portmore, St Catherine, which was ordered closed earlier this month after it was discovered that a number of staff there had been infected with the coronavirus.

In fact, Holness noted yesterday that roughly 70 per cent of the 364 confirmed cases on the island are linked to Alorica.

Following the outbreak of the virus at the facility, which remains the epicentre of the virus on the island, the prime minister instructed all BPO facilities to cease operations for two weeks as of Wednesday, April 22, as part of efforts to stem the spread of COVID-19.

The BPO sector raked in roughly US$600 million last year.