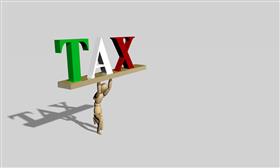 Rocky Mount, NC, USA, Jan, 2018 -- The new service center for the N.C. Department of Revenue is set to open to the public in Rocky Mount.

The center will provide a closer and more convenient option for local people needing assistance with state taxes. Taxpayers can visit the N.C. Revenue Department’s Taxpayer Assistance and Collection Center to respond to an audit, file and pay taxes, obtain tax forms or meet with a department representative, said Schorr Johnson, the agency's director of public affairs.

The building at 793 Country Club Drive was constructed by locally-based Chambliss and Rabil Contractors. The 32-000-square-foot facility houses more than 100 employees, including around 70 existing call center personnel and other personnel from other service centers who have been folded into the new center.

The agency’s previous location at the Edgecombe County Industrial Incubator on Fountain Drive was established in 2003. The center was shut down due to bad weather in 2013 and was almost closed in 2015, which would have meant 69 state jobs going to Greensboro, the state's only other call center.

The closure was set to happen until area lawmakers worked together to save the center.

N.C. Rep. Bobbie Richardson, D-Franklin, spearheaded the bipartisan charge to prevented the center from closing. Richardson, N.C. Rep. Jeff Collins, R-Nash, and N.C. Rep. Shelly Willingham, D-Edgecombe, fought to remove an amendment from the state budget that would have shut down the call center.