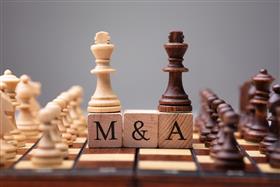 Henrietta, NY, USA, July, 2019 -- A new call center in Henrietta is one step closer to becoming a reality. The United States Department of Justice approved, in principle, a merger between T-Mobile and Sprint. The merger is pending other regulatory approvals.

The call center for the New T-Mobile, located on Clay Road near Jefferson Road, was contingent on the merger, but developers are already moving ahead with the process. Construction crews were hard at work, prepping the sizable piece of land.

Jessica Conley works next door at Hampton Inn & Suites by Hilton. She is the director of sales at the hotel and said seeing the lot developed is encouraging.

"I’m just looking forward to growing the community and strengthening the business economy in Henrietta. That would be great," Conley said.

According to Henrietta Town Supervisor Steve Schultz, the call center will create more than 1,000 jobs, which could mean a big economic boost to the area.

"All these people coming in and out of Henrietta will help businesses in Henrietta," said Schultz. "The more you build that up, the stronger every business in town ends up being."

Conley said the extra foot traffic could spill over to the hotel chain.

"Folks who would be coming in for trainings, or just build a good business relationship with neighbors to make sure they have everything they need for guests coming in and out of town, or if they need meeting space," she said.

Schultz said the New T-Mobile plans to interview people who will be out of a job at the nearby Frontier call center after it closes at the end of the month.

Before the merger between the telecommunication companies can begin, a pending state lawsuit filed by a coalition of 14 Attorneys General would need to be resolved.

T-Mobile is a mobile telephony provider, owned by Deutsche Telekom (the T stands for Telekom). It operates several GSM networks in Europe and the United States. T-Mobile also has financial stakes in mobile operators in Central and Eastern Europe. Globally, T-Mobile has some 350 million subscribers.

Sprint is an integrated communications provider. With approximately 70,000 employees worldwide and nearly $27 billion in annual revenues, Sprint is widely recognized for developing, engineering and deploying network technologies, including the United States’ nationwide all-digital, fiber-optic network and a Tier 1 Internet backbone.