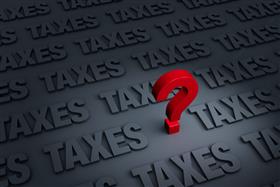 The new center is supposed to open in early January, next to the existing Salisbury Branch Office at Sea Gull Square, and its purpose is to better the agency's ability to help taxpayers in a timely manner and add up to 25 jobs to the local economy.

"This new center will substantially increase our capacity to respond more quickly to taxpayers' calls - especially during the busy tax season -- and boost Salisbury's local economy with some new jobs," Comptroller Franchot said.

Officials say the new center's staff will assist Marylanders with tax questions and tax payment options, and some of the new Salisbury jobs will be permanent while others will be temporary during the tax season.

"Maryland taxpayers from the Eastern Shore are grateful for the services provided from this office without requiring trips over the Bay Bridge," Mayor Day said. "We thank the talented team in the Comptroller's Office and Comptroller Franchot for his continued, focused and dedicated service to Maryland, the Eastern Shore and Salisbury."

Officials stated that training for the new hires will begin at the Salisbury office and continue in Annapolis later this fall. Keep in mind, the call center will not be open to the public, but anyone with a tax question or in need of free tax help can stop by the neighboring Salisbury Branch Office at Unit 182, 1306 South Salisbury Boulevard, weekdays from 8:30AM to 4:30PM.