News : New TD Centre In Dieppe Will Open In January With 150 Employees 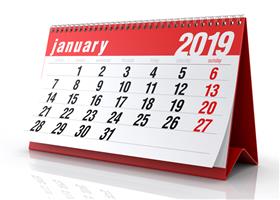 Dieppe, New Brunswick, Canada, Dec, 2018 -- Nearly 900 workstations have been set up at TD Bank’s new centre at CF Champlain Place as it prepares to open early next year. The first 150 employees for the contact centre and the finance hub are set to begin working January 14, executives say.

"We’re going to have 60 contact centre specialist starting plus support staff," said Debbie LeBlanc, associate VP for the contact centre, in a media tour of the facility.

"So we’re going to have well over 70 employees working to start off with in January. Some starting earlier than January 21st, some starting January 14."

Meanwhile, the finance centre will serve all of TD’s lines of businesses for Canada and the U.S. The finance side is not a contact centre, said VP and Head of Finance Operations Dale McErlean. She confirmed the average annual compensation for this side of the business will be $65,000, as announced in April.

"We’ll be doing all of the general accounting, the financial statements, all of the financial reporting for the bank for both Canada and for the U.S.," she said. "We’re going to have 80 new finance employees starting in January, and then we’re going to gradually build up to the end of 2019 to just over 200, and then within three years, we’ll be up to 440."

While the executives for the corporate office were moved from TD’s Ontario operations – and McEarlean is one of them, she said hiring continues locally and from other parts of Canada for various positions.

"We’ve been hiring for our senior management team. There are a few internal hires, but we also hired from applicants who’ve applied – some from Moncton, some from elsewhere. So we’ll have a really diverse, talented team," she said.

TD has hired "quite a bit" from outside New Brunswick, McErlean said, but many positions are still up for grabs.

"So, anyone with accounting experience, an accounting diploma or a degree in business or in finance. Certainly having a designation is helpful, but it’s not a requirement," she said. "Hiring’s been going quite well. But we’re still looking for and recruiting for the waves beyond January."

In April, TD announced it will create up to 1,015 jobs at the new centre. Around 575 of those will be contact centre jobs and 440 will be high-skilled finance jobs. LeBlanc said the bank still plans to fill 1,015 roles over the next three and a half years. The jobs on both sides do not require skills in both official languages, although bilingual people are welcome.

The company is also partnering with universities and colleges to provide a pipeline of talent.

Inside the new centre, there are currently 500 workstations set up in the contact centre, which will be opened for various shifts from 7 am to 1 am.

Only around 365 workstations are set up in the finance centre because workers will have the flexibility to work from home. The workstations have sit-stand desks and double monitors. And filing cabinets are scarce because the company hopes to use digital files to reduce the use of paper.

Work on the facility is being done on a much tighter schedule than construction firm EllisDon is accustomed to. And with the former Sears space being on the Petitcodiac River basin, repurposing it comes with structural challenges. All electrical wiring, including some 518,000 feet of IT-related cables, are done on the ceiling and only the new water main is placed underground.

"In our typical world, we would have done this in 18 months from the start of design to giving them the keys. And this, somehow, has been shoehorned into under 12 [months]," said Jeff Hopkins, a project manager with EllisDon who has been working on the building since February.

With a door that directly connects the 108,000-square-foot office to the mall, employees will be able to access shops and restaurants at CF Champlain, which is owned by property manager Cadillac Fairview.

Cadillac Fairview, the real estate arm of Ontario Teachers’ Pension Plan, said in a release in April that it’s investing into the redevelopment of the space it’s leasing to TD.

Brian MacMullin, General Manager of CF Champlain, said the arrangement is a win-win for the mall and for TD.

"Bringing 1,000 new jobs to the community is very important," said MacMullin. "It also brings 1,000 new employees to our property, which will shop at our 140-plus best-in-class retailers, our food vendors, Sobeys for groceries or Walmart.

"So we see that whole synergy as making a lot of sense for us. We definitely feel that this type of facility will create a larger demand for food service and there may be opportunities to fulfill that demand for other additions."

Variously-sized meeting rooms with glass doors for coaching, training or video and phone conferencing;
An open concept cafeteria spanning around 7,000 square feet with 14 microwaves, eight fridges, six dishwashers and various seating arrangements;
An open-air patio;
Around 10,000-square-foot of vacant space currently used for storage;
Soft-seating area and lockers for employees;
A small library for employees;
A multi-faith room with a water station;
A multi-purpose room;
A first-aid room; and,
Water bottle stations and flat-screen TVs for company communications throughout the floor.

TD Canada Trust is the personal, small business and commercial banking operation of the Toronto-Dominion Bank (TD) in Canada. TD Canada Trust offers a range of financial services and products to more than 10 million Canadian customers through more than 1,100 branches and 2,600 ATM Green Machines.