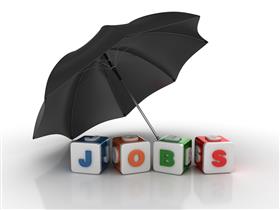 Syracuse, NY, USA, Jan 2, 2020 -- A new state law requires companies that move call center jobs out of the country to repay any state grants they received in the previous five years.

The legislation, signed into law by Gov. Andrew Cuomo on Thursday, also requires employers that relocate a call center to a foreign country or reduce their call center employment in New York by at least 30% to report the action to the state. The Department of Labor will compile an annual list of those actions and make it public through the department’s website.

In addition, the law requires state agencies to make their best efforts to ensure that call center and customer service contracts are performed in New York.

"As technology advances, more and more call centers are sending jobs overseas, leaving employees scrambling to find work to support themselves and their families," Cuomo said in a statement. "This legislation will protect New York’s call center workers by putting in place serious financial disincentives for employers who move jobs out of New York."

Labor unions representing call center workers have been calling for such legislation for years, but the Republican majority in the state Senate refused to support it. That changed last year, when Democrats, who have long controlled the Assembly, took control of the Senate, too.

Dozens of employees of an AT&T call center in downtown Syracuse rallied in March in support of the legislation after the company announced it was closing the center, eliminating 150 local jobs.

More than 40,000 call center jobs have been lost in New York since 2006, according to the Communications Workers of America. Many were lost to technological advancements, but many others were simply shipped to states or countries with lower wages and benefits, the union said.