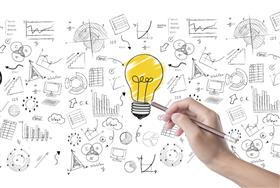 "The power of video to engage is indisputable," states Rory J. Cutaia, nFusz CEO. "So, if you're using video, you've got your audience engaged -- now what? You've got their attention, how are you going to monetize it? Are you going to simply display the URL to your website or maybe your phone number at the end of the video? What percentage of the people that were actually interested in your video are going to type in your URL or pick up the phone? How much greater would that percentage be if your audience could simply click on product images in the video and purchase your product or service right then and there, or be taken automatically to your website, or be connected by phone to your sales team -- all while still watching your video -- how about up to 600% greater. That's the power of interactive video and that's our notifi technology," continues Mr. Cutaia.

"With our flagship product, notifiCRM, we took the power of interactive video and built an enterprise-scale CRM platform around it. So instead of waiting for your audience to find your interactive video ad posted on their favorite social networks, sales professionals could in effect push it to them by sending that video directly to them in targeted campaigns, where you could accurately track who opened it, when they opened it, what they watched and for how long, and what they clicked on. With notifiCRM you'll know with a far greater degree of certainty which of your recipients was a hot lead, ready to buy your prospect or service. In fact, to make it really simple to identify your best prospects, we added a little button next to each prospect's name in our Lead Manager feature that lights up green to indicate which ones you should focus on first. And for those marketers who included a buy-it-now button in their notifiinteractive video, you'd be counting your money instead of your clicks and getting ready to launch your next notifiCRMcampaign," continues Mr. Cutaia.

"We didn't just build notifiCRM for our large, global sales-based enterprise customers, but also for the small business owner, the backbone of our economy, and priced it to make it accessible to everyone," continues Mr. Cutaia. Priced on a subscription basis for plans that start at just $9.99 per month, anyone can upload their YouTube videos to notifiCRM, add interactive elements to them, and distribute them to their customers and prospects. "And yes, even to their friends and family," states Mr. Cutaia.