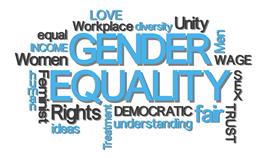 Alebtong, Uganda, Aug 13, 2020 -- Women and girls in Alebtong District have resorted to using a toll-free call-centre to report cases of gender-based violence and economic exclusion during the lockdown.

Restless Development, a global advocate for youth-led change, set-up call-centres in six districts in the country and donated them to the government. The districts are Alebtong, Buyende, Lira, Kamuli, Tororo and Bukedea.

Today, the six established call centres serve as a channel for girls and women to report cases of abuse which have been on the rise during the lockdown.

Ms Fiona Amony, 23, has been volunteering at the call-centre in Alebtong District giving fellow young women an audience to report abuse.

"I came to volunteer out of the need to offer fellow girls and women an ear to share their experiences during this lockdown period where many of them have been going through hard times but with no one to confide in," Ms Amony said.

Within a month of manning the call centre, Ms Amony had filed more than 100 cases mainly from the youth between the ages of 20 and 30 who reported gender-based-violence related incidents such as sexual assault and harassment.

Other cases related to economic injustice such as employers failing to pay salaries, making it difficult for women to support themselves through the lockdown, were also reported.

Ms Jennifer Okello, a resident of Alebtong, who called the centre to ask for assistance, says: "I feel so happy that whenever my husband abuses me, I can just telephone the call centre."

The process is designed in a way that upon receiving the calls, Ms Amony records the complaint in a case file and forwards them to the relevant government offices for follow-up.

This sometimes takes days or weeks during which a lot happens.

One particular call from a teenage girl has remained on Ms Amony’s mind. It is a daily reminder of what young people are braving during the lockdown even as the government focuses efforts on tackling the pandemic and its direct consequences.

"She called and spoke with a teary voice. She had been working with a hotel in Alebtong town but her boss refused to pay her, on grounds she had been ‘undisciplined’ at work," Ms Amony says.

It soon turned out that the girl had rejected sexual advances from her boss and in retaliation he was denying her payment.