News : NHS 111 Helpline is Linked to More Than 20 Deaths in Five Years, including a Two-Year-Old Girl who was Misdiagnosed 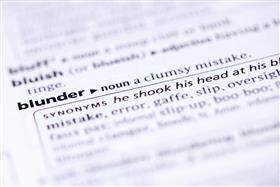 Several young children are among those to have died after call handlers failed to spot life-threatening symptoms.

Since 2014 coroners have issued 15 reports referring to NHS 111 aimed at preventing future deaths, analysis by the Sunday Times found.

A further five inquests have been told of missed chances to save lives by NHS 111 staff.

The latest case to emerge is that of two-year-old Myla Devirin, who died from an intestinal blockage in August 2015.

The toddler's mother Natalie, 31, spoke to NHS 111 for 40 minutes, describing symptoms including sickness and a lack of lip colour.

An out-of-hours nurse said it was just a tummy bug, but Myla was pronounced dead in hospital hours later after she was found unconscious.

Natalie Deviren said: 'I wish I had never trusted NHS 111. It needs to be independently investigated to avoid further deaths.' There have been a series of failings by NHS 111 since it was launched in 2010.

Coroners have warned that diagnosis software used by call handlers, known as NHS Pathways, is failing to recognise when patients are critically ill.

One-year-old William Mead died in December 2014 after his mother dialled 111 but was not asked questions about sepsis symptoms, so call handlers failed to diagnose it.

Professor Carrie MacEwen, chairwoman of the Academy of Medical Royal Colleges, said: 'These distressing reports suggest that existing processes did not safeguard the needs of the children in these instances.'

Dr Chaand Nagpaul, chairman of the British Medical Association, said: 'There is clearly much more to do be done to ensure there is adequate assessment, expertise and support on hand for those who contact the service.'

Professor Martin Marshall, chairman of the Royal College of General Practitioners, said: 'Patients need to be reassured that valuable lessons have been learnt if we are to maintain public trust and confidence in NHS triage systems.'

An NHS spokesman said: 'NHS 111 services have dealt with almost 77 million cases since they were introduced, with more than half now receiving input from doctors, nurses, pharmacists or other qualified clinicians, and patient satisfaction scores are consistently high.

'So while incidents like these are thankfully extremely rare, where concerns are raised they are clinically investigated and any necessary changes made - building on the NHS' reputation as one of the safest health systems in the world.'