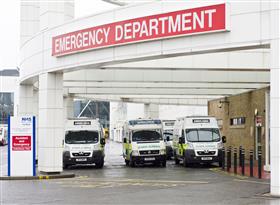 The latest NHS England figures show that the Cambridgeshire and Peterborough call centre sent 3,901 people to A&E in March 2019, 21 per cent of all callers.

NHS 111 is a 24-hour helpline for patients who need medical help but do not need to call 999, which took the place of NHS Direct and some GP out-of-hours services in 2014.

It referred 60 per cent of these to primary care, such as GP surgeries, pharmacies and dentists. About three per cent of them were advised to rest at home.

The service is commissioned by local clinical commissioning groups, which make spending decisions for health services, and the help lines are run by ambulance trusts, GP surgeries and private healthcare companies.

Most calls are dealt with by staff with no clinical background working to a set script, although around a fifth of callers are referred to nurses or paramedics.

Adam Steventon, director of data analytics at the Health Foundation, said: "There is broad recognition that a large number of people calling NHS 111 are being directed to A&E, and NHS England have stepped up the amount of clinical input available to those seeking help through this route to try and tackle this.

"In looking at the impact of making more clinicians available in NHS 111 call centres, we found that children and young people who were reviewed by a GP were less likely to go on to A&E than other patients."

The Nuffield Trust, an independent health think tank, conducted an analysis of the service in 2017 and warned them of the increasing proportion of people being sent to A&E.

John Appleby, director of research for the Nuffield Trust, said: "It's a concern for the NHS that the proportion of callers sent to A&E and ambulances is growing all the time.

"However, surveys of callers appear to show that even higher numbers would have opted for these emergency services if they hadn't been able to ring 111."

Its report said that health professionals have been strongly critical of the decision to scrap the NHS Direct Service and replace it with NHS 111.

Today's Tip of the Day - Look Under The Hood!