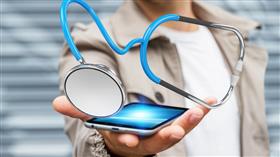 Glasgow, Scotland, Dec 31, 2017 -- Scotland’s 24-hour National Service helpline has seen an uptick in its holiday period – the busiest since the project began 15 years ago.

Statistics show that the service received over 45,000 calls in the four days leading to Christmas, the BBC reports. This is almost double the number of calls in the same time frame last year, and there are thousands of calls still being taken over the new year.

Authorities said that the service is facing "exceptional" demand because of cold and flu inquiries. The Sunday Post reported that NHS 24 centers in Aberdeen, Cardonald, Clydebank and South Queensferry have been swamped with calls from patients complaining of stomach problems, the flu and colds.

NHS hotline bases were expecting to get at least 29,000 calls this holiday season. An NHS 24 spokesperson said, "Already this weekend our call demand on Saturday was over 13,000 calls and by 10.30am on Sunday we had almost 3,500 calls. There are lots of cold and flu symptoms circulating and the demand this year has been exceptional."

"For the four-day festive period it was the highest since NHS 24 began 15 years ago and we expect the next few days to be just as busy," the person added. Usually January 2 is our busiest day.

The numbers were confirmed after doctors at Scotland’s largest health authority encouraged people who have cold and flu symptoms not to visit other patients in hospitals.

NHS Greater Glasgow and Clyde heads said that those who have felt flu-like symptoms in the last 48 hours should not go to hospitals where patients are already ill.

Dr. Laura Ryan said that the NHS 24 service had been preparing for this surge for months. "NHS 24 began its winter planning early in the summer and has worked closely with all of our partners to ensure we could deliver safe and effective care over this very busy time of year," she said. "This year we have had exceptionally high call demand and I would thank our staff, along with many others across NHS Scotland services, who have already worked very hard to support many thousands of people and will continue to do so over the coming days."