News : NHS to Revamp 111 Helpline After Sustained Criticism of Service 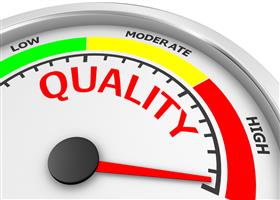 London, England, March 8, 2017 -- The NHS is to revamp its heavily criticised 111 telephone helpline to ensure that many more people get to discuss their illness with a nurse, doctor or other health professional rather than a call handler.

GPs and mental health health nurses will also start to play key roles after the overhaul, which is intended to improve public confidence in 111 so that fewer patients visit A&E or a GP’s surgery.

The changes, which will be unveiled later this month, are part of a major effort by NHS England to better integrate 111 with its other urgent and emergency care services, including ambulances, out-of-hours GPs and walk-in centres. It envisages the improved 111 service being a central part of such care, which it wants to become "the front door of the NHS".

NHS 111 has faced sustained criticism since it replaced NHS Direct as the health service’s telephone advice line in 2012 as part of then-health secretary Andrew Lansley’s controversial shake-up of the NHS in England.

Simon Stevens, NHS England’s chief executive, last month admitted that "substantial changes" to 111 were needed. A&E doctors claim it has not kept the pressure off emergency departments while NHS ambulance services believe call handlers order ambulances for too many patients who do not need one.

NHS 111 uses far fewer nurses each year to answer callers’ queries about their symptoms than NHS Direct did. Despite that, the number of people seeking help from 111 has risen from 5 million a year when NHS Direct existed to 14 million now.

But under the imminent overhaul, which is due to be phased in across England from next month, about 30% of callers will speak to a health professional through a newly created Clinical Assessment Service.

"It’s clear the current 111 system isn’t working as well as it could due to a lack of trained clinicians," said Anna Crossley, the Royal College of Nursing’s professional lead for acute, emergency and critical care, who has helped devise the revamp.

"A script and a call handler can’t replace the knowledge of a skilled, experienced nurse, someone who can spot serious conditions and ensure people receive the treatment or advice they need."

NHS England expects the changes not to make 111 any more expensive to run because health professionals will be seconded or loaned to it, mainly by hospitals. But costs may rise if more staff end up being paid overtime for shifts answering calls. Callers should also be able to speak to a paediatrician, dentist, cancer nurse or social worker, depending on the nature of their problem and the staff available.

Stevens is likely to cite the revamp as proof that he is making good on his pledge to transform patient care by 2020, when he launches his long-awaited "delivery plan" later this month.

The Royal College of Emergency Medicine, which represents A&E doctors, said the overhaul of 111 should ease the strain on overcrowded emergency departments.

"The improvements being made by NHS 111 are very welcome," said Dr Taj Hassan, the college’s president. "We know that currently at least 8% of all calls to NHS 111 are referred to emergency departments – a figure the college suspects to be significantly higher – and we hope by introducing more clinicians to the service, this figure can be reduced.

"From an emergency medicine point of view one of the key problems with NHS 111 was that staff, often with a limited medical background, work with a computer system providing a virtual checklist to help diagnose the patient’s problem," he added. "With access to further clinical support being limited, when the call handler was still unsure of the problem they would, understandably, refer the caller to A&E to be on the safe side.

"The new service will have expanded clinical back-up for call handlers to refer to for guidance, or to pass the caller on to an experienced clinician, meaning better quality of care for patients. These ‘clinical hubs’ will not just support patients and NHS 111 call handlers, but also provide support and advice to clinicians and ‘field staff’ such as paramedics."

Dr Helen Thomas, NHS England’s national medical adviser on integrated urgent care, said: "During 2017 we will make it possible for up to 30% of NHS 111 callers to have a telephone consultation with a clinician who will have access to medical records and be able to book them into an appointment if required."