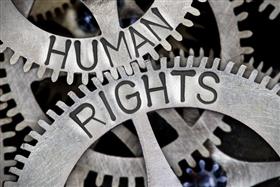 Abuja, Nigeria, Aug 15, 2017 -- The Nigeria Army said it would respond promptly to complaints of human rights abuses by civilians against any of its personnel nationwide.

Mr. Kumapayi, a brigadier general, said the Army was working to ensure full respect for the rights of civil populace by soldiers in line with global practice.

According to him, there has been sharp reduction in cases of alleged human rights violation by soldiers in the last few weeks due to a new reorientation of the personnel by the military leadership.

"We are doing our jobs more professionally and have been responsive to the complaints that we receive.

"The Chief of Army Staff, Lt Gen Tukur Buratai has directed us to go round army formations to sensitize our troops on human rights activities, and their conduct whether on operations or out of operation.’’

"The COAS has set-up human rights desk at the army headquarters. So, he directed same to be set-up at formation levels at the divisional headquarters.

"It is also to be set-up outside divisional headquarters to allow easy access for civilian populace to reach us," he explained.

Mr. Kumapayi added that a Call Centre with sort code 183, had been set up to reach out to the human rights desks on any network.

"Someone is there to receive your complain and immediate action will be taken, and the Army Chief is being briefed daily on all calls that comes in.

"He takes decision on such complaint and this has been seen in recent times," he said.

"Our hope is that over time, people will get to know what the Nigeria Army is doing in line with the global best practice," he said.

A paper tagged, "The Professionally Responsive Soldiers. A worthy Ambassador of Nigeria Army," was presented at the workshop.