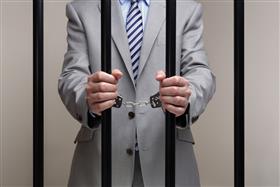 Mumbai, India, Dec 12, 2019 -- A call centre racket has been busted with the arrest of nine people who were part of a gang that duped people.

Tardeo resident Jitesh Parikh had lodged a complaint of being duped of Rs 3.5 lakh in May by callers posing as officials of an insurance company.

The callers had lured Parikh with the activation of his policy and asked him to pay the amount. They also told him he would receive the maturity proceeds on its maturity, said an officer.

"The caller had told Parikh to pay up to have his policy activated. Parikh paid up the amount and got duped," said senior inspector Feroz Bagwan of Tardeo police station. Two days later, Parikh was told that he would get Rs 7 lakh if he paid some more money to revive the policy. As the demands continued, Parikh figured that he had been duped and lodge a complaint. The accused were tracked down from Delhi and Faridabad.