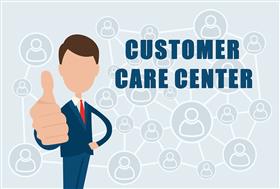 Kolkata, India, Oct, 2019 -- The New Town Helpline that was launched on July 2 by the New Town Kolkata Development Authority (NKDA) has been successful in resolving 85 percent of the issues in connection with the calls received at the designated number.

"The report of the first three months' performance has been encouraging with the New Town Helpline showing that 85 percent of the calls received at the toll free number were 'closed' at the end of the period. Of the remaining 15 percent, some calls had just been logged in, while in some, the problems were resolved but due to communication gaps the result was not fed into the system," a senior NKDA official added.

According to the official, of the 849 'open calls' the maximum number 107 were related to malfunctioning of the street lights. It was found that all the faults were attended to but had not been reported back to the system. The Executive Engineer's attention has been drawn and he has promised to do so promptly.

Second in the list, 62 of the calls were requests for removal of weeds and bushes in vacant plots. The matter was accumulating because all weeds/bushes are planned to be cut after the monsoons to prevent quick regrowth.

Certain telephone calls were resolved then and there (for example specific information like where to get application forms for Snehodiya, or when does Eco Park open and the like). For such simple information, calls are being closed after responding and sending a text message in acknowledgement.

The others that require physical intervention like malfunctioning of streetlight bulbs, it is assigned to the concerned official for a solution after which a feedback is given by the official in the system for closing the call and texting to the citizen-caller.

"It has been found that the procedure for the last part – reporting back to the helpline management administrator – is sometimes lost sight of," the official pointed out.

Apart from complaint redressal, the helpline is acting as a source of information on anything related to New Town.