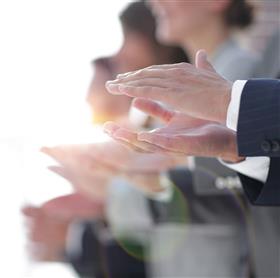 Atlanta, GA  March, 2018 -- Noble Systems Corporation, a global provider in omnichannel contact center technology solutions, applauds the recent Court ruling regarding the FCC’s interpretation of the TCPA statute, which significantly impacts the industry and daily operations of customer contact teams. Noble Systems has been an advocate for the contact center industry throughout the company’s almost 30-year history.

In an unusual response to the Court’s rejection of the FCC’s regulations, the FCC’s current Chairman supported the ruling. Chairman Ajit Pai stated, "Today’s unanimous D.C. Circuit decision addresses yet another example of the prior FCC’s disregard for the law and regulatory overreach. As the court explains, the agency’s 2015 ruling placed every American consumer with a smartphone at substantial risk of violating federal law. That’s why I dissented from the FCC’s misguided decision and am pleased that the D.C. Circuit too has rejected it."

Noble Systems has advocated for a more balanced interpretation of the TCPA, both directly and in partnership with the Professional Association for Customer Engagement (PACE), and is gratified that the Court’s ruling reflects the plain reading of the TCPA statute.

"The fact that the current FCC leadership is pleased with the D.C. Circuit’s ruling supports our position that the FCC’s past interpretation was overly broad. We will continue to support responsible marketing practices that protect consumers, and hope to see greater cooperation between the FCC and the contact center industry going forward," stated Jim Noble, President and CEO of Noble Systems.