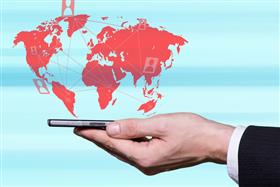 Atlanta, GA  September 15, 2020 -- Noble Systems Corporation, a global provider in omnichannel contact center technology solutions, has submitted an amicus brief to the Supreme Court to aid in its consideration of the interpretation of an "autodialer," as defined in the Telephone Consumer Protection Act ("TCPA"). The Supreme Court is addressing the statutory definition of this term in Facebook v. Duguid.

The Telephone Consumer Protection Act’s ("TCPA") definition of an "autodialer" has been a frustrating issue to contact center operators for years – and has been associated with thousands of TCPA suits filed each year and billions of dollars in settlements and judgements. The Federal Communications Commission ("FCC") had variously interpreted the TCPA’s autodialer definition over the years, but its most recent interpretation was struck down by the federal courts in 2018. Since that time, various Circuit Courts of Appeals have fashioned their own interpretation, leading to diverse interpretations of what constitutes an "autodialer." Now, the issue has come before the Supreme Court.

While Noble Systems is not a party in the Facebook case, the company has submitted prior comments to the FCC on the operation of dialers and how that impacts the interpretation of the TCPA’s autodialer definition. The U.S. Government, which is a party to the case, cited Noble Systems’ comments in its own response brief to the Supreme Court. Those comments have also been found useful in a number of other cases, including by the 11th Circuit Court of Appeals (Glasser v. Hilton Grand Vacations Co.) and the 7th Circuit Court of Appeals (Gadelhak v. AT&T Serv., Inc.). Consequently, Noble Systems, along with the Professional Association for Customer Engagement ("PACE"), has submitted an amicus brief elaborating on this issue.

Karl Koster, chief regulatory counsel for Noble Systems, stated, "Noble Systems maintains an active presence in regulatory arenas and has advocated for technologies and regulations to reduce the number of illegal robocalls. Our hope is that the Supreme Court will find our amicus brief useful as they address the autodialer definition, as other Courts and parties have done."

Jim Noble, CEO and President of Noble Systems, speaks to the current use of technology in the call center arena, saying, "While the TCPA has in the past been useful to reduce robocalls, it is no longer the appropriate tool, and an updated approach is needed. Today, call authentication technology is recognized by many of the industry’s leaders as the right solution to restore consumer trust in telephone calls. Noble Systems will continue to advocate for the contact center industry and to promote best practices for today’s consumer environment."