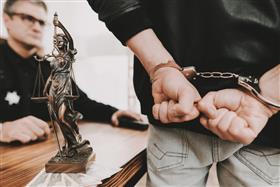 Noida, India, Dec, 2018 -- The police arrested 126 people, busting a fake call centre here which was being used to dupe US citizens, officials said.

A raid was conducted at the call centre, located in sector 63, on a tip-off that dubious operations were being carried out from there, Senior Superintendent of Police Ajay Pal Sharma said.

Several telephone operators were questioned. The police announced the arrest of 126 people.

The workers at the fake call centre would call up US citizens and intimidate them saying there were problems with their social security number, a nine-digit identification number issued to US citizens, and demand money to "fix" it, Sharma said.

Over the past few months, about a dozen fake call centres have been busted in Noida and scores of people arrested for duping foreigners, including Americans and Canadians, officials said.