News : Northeast Youths Hired for their English Skills in an Illegal Call Centre 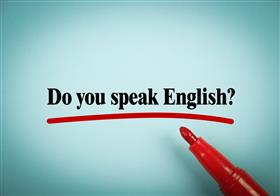 Ahmedabad, India, Nov 23, 2016 -- State police busted an illegal call centre after an FIR was issued in which an individual, Priteshbhai Shankarbha Joshi, was said to have procured data of US citizens having small loans from $500 to $1000 from a US-based agent identified as Vikas Upadhyay.

The Ahmedabad city police have busted a call centre which has been running "illegally" for the past two-and-a-half month.

The police raided the call centre on Friday night and arrested ten persons, including the mastermind, for allegedly duping the American loan holders. Among the arrested, are mostly youngsters hailing from Nagaland and Mizoram.

7 boys and 1 girl are from the total arrested are all graduates and said to be from Nagaland and Mizoram. Their connection and benefitting factor to the scam is yet to be accertained reports the case inspector.

According to the FIR registered by Chandkheda police, Priteshbhai Shankarbhai Joshi, 38, a resident of Parmeshwar-5, Chandkheda, was running the call centre at the third floor of D Square Mall, Visat, on Gandhinagar Highway.

Based on specific input, a police team raided the office and found 10 people working, including Joshi.

Police seized seven computer sets, a laptop and nine mobile phones. Police said that Joshi had rented the place and hired people for running the centre. The FIR states that Joshi procured data of US citizens having small loans from $500 to $1000 from a US-based agent identified as Vikas Upadhyay.

"They were running this racket for over two months. They used Internet calling to contact the US loan holders and duped them. Joshi has told us that he earned $7,000 in two months which he received through hawala. We are probing it further," said Deputy Commissioner of Police, Usha Rada, Zone-2, who is supervising the case.