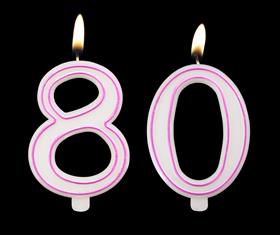 Portadown, Northern Ireland, July 2017 -- The UK's 999 emergency call-out services are celebrating their 80th birthday having been launched in London back on 30 June 1937.

The service was set up following the tragic deaths of five women in a fire at a London doctor's surgery in November 1935, following the recommendations of a government committee.

Now, BT’s Portadown emergency call centre handles 640,000 calls each year, coming in from Northern Ireland and across the UK.

Speaking about the anniversary Mairead Meyer, managing director of networks in BT in Northern Ireland said: "Recent events in the UK mean people are acutely aware of the work of the emergency services and the value of the 999 service.

"I am extremely proud of the BT operators in Portadown and throughout the rest of the UK and their role in 999.

"They are an extremely capable and committed team working at the sharp end of the most important communication services in the country. Countless lives have been saved over the years because of their professionalism and dedication."

Workers at the centre in Portadown were involved in handling emergency calls from the Grenfell Tower tragedy.

Northern Ireland was the last region in the UK to get an emergency response service, with hubs opening in September 1946 in Ballymena, Belfast, Enniskillen, and Derry.

During its initial years uptake for the service was fairly low, with less than 100 calls being made weekly in major cities like Liverpool and Edinburgh.

The service now takes around 560,000 calls each week across the UK - around 30 million calls a year. More than 97% of these calls are answered within five seconds.

Originally different numbers were considered by the committee responsible for introducing the service, including 707 which would spell out 'SOS' on a phone's keypad, and 333.

In the end, 999 was settled on as the most practical number.

From the start the service was plagued by prank and unnecessary calls, including a complaint about bagpipes being played outside a house and a dispute between a neighbour and a local coalman.

The busiest time of the week for the 999 service is around midnight on Friday and Saturday, with around 5,000 calls being made each hour, and the busiest time of year are the early hours of New Year's Day, when the service can expect to receive around 9,000 calls an hour.

Amazingly, more than one-third of all the emergency calls answered by BT each year are not calls for help. Most of these are made by children playing with home phones and accidentally dialing 999 or the European emergency number 112.