News : Note Ban Helpline Waits for Call from Government for a Lifeline 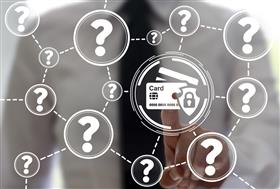 New Delhi, India, March 31, 2017 -- India's drive to a lesscash economy seems to have excluded a major initiative -the CashMukt Bharat Abhiyan helpline. The fate of the helpline number '14444', that started to answer queries on digital payments after the November 8 demonetisation, is uncertain from the midnight of March 31.

It was put together more than three months ago by Nasscom on the suggestion of the government, and is being run by six bulge-bracket business process outsourcing (BPO) companies.

After the free run ends on March 31, the companies are planning to shut down the helpline as the government has not said whether it plans to convert it into a commercial service. The initiative was unique in which the IT industry, perhaps for the first time, came together and provided support to the government without any commercial consideration.

Prasanto Roy, head of Nasscom's Internet Council that coordinated the helpline, said that it has received over 3 million calls, with agents answering nearly 300,000 calls. "We have also submitted a commercial proposal for the helpline, and are awaiting a response from NITI Aayog and the ministry of electronics and IT."

He added that Nasscom's charter along with the Payment Council of India (PCI) was to execute this pro bono and to submit a commercial proposal for the helpline. "You may wish to check with them for their further plans. We are unable to give further details of the proposal at this stage," he said. The decision on continuing the helpline as a commercial activity will be taken by the government.

The helpline's aim is to aid in understanding various digital payment systems, such as wallets and netbanking, besides new methods such as BHIM, USSD, Aadhaar Pay, and the newly launched QR Code.A lot of people are also calling '14444', launched on December 15, for grievance redressal on specific digital payment platforms.

The government on its part said that it is evaluating the need for such a service since call volumes have dropped drastically after the initial surge. An official at the ministry of electronics and IT told ET: "Since the National Payments Corporation of India (NPCI) is handling all the retail payments, it is up to it to decide whether it requires such a helpline. We have written to NPCI and it will take a final call on this," said the official.

While NPCI could not be immediately reached for a comment on this report, TCS, Tech Mahindra, Genpact, Intelenet Global Services, and Aegis did not respond to email queries sent by ET.

According to Nasscom, there are about 150 agents who have been involved in the pro-bono stage, and their future is also uncertain. "After the end of this pro-bono period, they would either be absorbed into the commercial phase, if applicable, or into other projects at the respective BPM partners, subject to availability of projects," said Roy.

There is also some confusion pertaining to the end date of the free service. While some operators are planning to down the shutters on the service by March-end, some have put a deadline of April 15.

An executive at one of the BPO service providers said that while initially the call volumes were very high, they dwindled a bit later.