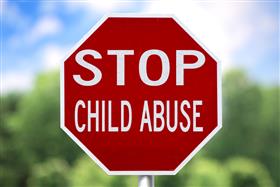 London, UK, April, 2021 -- Children's charity the NSPCC says calls and messages to its helpline have risen to record levels during the pandemic.

The figures amplify fears that children who could not go to school during the lockdowns were more vulnerable to abuse and neglect, says the NSPCC.

"We've been hearing first-hand about the immense pressures families have faced during the pandemic and the heavy toll that has taken on children and young people.

"For some children this has included experiencing abuse, bereavement and other harm," said Sir Peter.

He wants governments across the UK to put children at the heart of their recovery plans.

"These must go beyond education, and address the harm some have experienced, so the pandemic doesn't leave a legacy of trauma for children," he argues.

Of the 85,000 contacts to the helpline, the NSPCC says almost half, 47%, led to a referral - for example to police or children's services.

The most frequently raised concern was about adult or parental behaviour, including:

'Crying on the kerb'

Sisters "Chloe" and "Debra" - who asked not to use their real names - called the helpline after finding a young boy crying on the kerb outside their home.

He was scared of his mum, saying "that she hits him and he'd been suicidal over it", said Debra.

"He kept bursting into tears and explained he'd run away because he'd broken his TV and was worried about what his mum would do."

Debra says they were aware the lockdown was affecting young people's mental health, and that being stuck at home in abusive circumstances was making things worse.

"Seeing how upset he was, I knew I was doing the right thing," Debra says.
Prevention and protection

The NSPCC says that with most children now back in schools, the harm and trauma faced by some children in the pandemic will become increasingly visible.

The charity wants governments across the UK to focus on prevention and better protection for children.

This includes more money for health visitors and children's social care, better mental health support in schools and imposing a duty of care on tech firms to protect children from harm online.

The Scottish government says policies could change depending on the result of next week's election but, together with local authorities, it has developed a "vision and blueprint for holistic family support" in the wake of the pandemic, particularly for those in the most challenging circumstances.

Elections in Wales next week mean policies could likewise change, but a government spokesperson said: "Our national action plan sets out clear actions to prevent child sexual abuse, to protect children at risk and to support abused children."

In Northern Ireland, the Department of Health says recovery plans "will take account of the rising number of children about whom there are concerns, the impact of the pandemic on them and seek to ensure that their needs are met".

"The pandemic has exacerbated some of the challenges vulnerable children and young people already face during their lives," an official said.

"That is why we kept nurseries, schools and colleges open for children with a social worker and have invested millions in the front-line charities supporting them."

A £1.7bn funding boost for schools "can be used to support pupils' mental health and well-being, to help put them back on track", the official added.