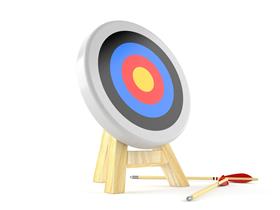 The NSW government last year said 70 per cent of jobs contracted to IT companies Infosys and Unisys would remain onshore and 30 per cent would be moved offshore.

However, the state government has now admitted that 67 per cent of jobs have remained in NSW and 33 per cent have been transferred offshore.

NSW Labor's finance spokesman Clayton Barr said Premier Gladys Berejiklian needed to rein in the number of jobs the government is creating in other countries and other states "and start doing something to secure those jobs right here in NSW".

"Our buses are being made in Queensland, our trains in Korea and our call centres being sent to India - its outrageous conduct by a Premier of NSW," Mr Barr said.

"Whether you agree or disagree with the creation of 130 call centre jobs in India instead of right here in NSW, the real question is why is the government failing to meet the 70:30 onshore-offshore target it set for itself.

"They failed this standard in 2016 and again in 2017 and this means that jobs that are currently offshore, that belong here in NSW, are being overlooked."

The state government's response to questions on notice from Labor say as at August 31, there are 269 full-time equivalent jobs onshore and 130 offshore.

Minister for Finance, Services and Property Victor Dominello said the government was working towards meeting the target.

"We acknowledge that the 70 per cent target is not currently being met," Mr Dominello said. "We will continue working with the service provider to increase the proportion of onshore employment under the contract."

The Public Service Association last year called for an inquiry into the NSW government's outsourcing of local jobs.

Fairfax Media revealed earlier this year that the state government had not checked whether Australians were suitable to fill 32 IT jobs that were filled with overseas workers on 457 visas.

The overseas workers on 457 visas were hired after the government's ServiceFirst shed more than 200 employees who had provided computer support services.

After laying the 200 off, the government outsourced its computer support services for IT, HR, payroll, finance and accounting to global companies. The companies have taken all responsibility for checking overseas workers are genuinely required to fill a serious skills shortage.

The NSW Department of Finance said in February that the employment of staff on 457 visas was the responsibility of IT companies Infosys and Unisys. They had been contracted to provide staff to the renamed ServiceFirst - now called GovConnectNSW service centre - in Parramatta.

A state government spokesman confirmed in February that it did not conduct any market testing on the use of 457 visas because this was not part of contract negotiations.