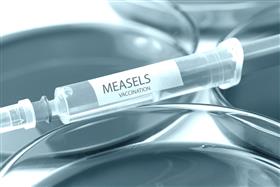 Auckland, New Zealand, Aug 27, 2019 -- New Zealand Post has confirmed a staff member at one of its Auckland sites has contracted measles.

As a result, customer service teams are running at reduced capacity and people are being told there will be delays in some services.

A spokeswoman said the staff member is an employee at a site at 18 Pukekiwiriki Place, in Highbrook, East Tamaki.

"Anyone who visited [the site] on or after August 17 are considered to be at risk.

"We have been providing public health advice to our people; who are now returning to work once they have confirmed their vaccination status and been given the all-clear.''

The company's national contact centre and customer communications management teams are based in the building.

The spokeswoman said the company was following all public health advice and was also taking on additional cautionary measures to ensure people's safety.

The case was made public via a statement released on the NZ Post website and on its social media channels late last night.

"Our customer service team is running at reduced capacity as we manage a measles case at one of our Auckland sites.

"This means that our phone lines are currently closed,'' the statement said.

People wanting to get in touch with NZ Post are being warned that responses to emails and inquiries via its website and Facebook pages will also be delayed.

Customers with urgent passport or medical-related inquiries are being referred to the website.

"Please bear with us as we get our team back up to full strength.''

The confirmed case comes as health authorities deal with a measles outbreak in Auckland.

The Auckland Regional Public Health Service is due to give an update on the situation and release figures on any new cases about 12pm today.

As of midday yesterday, there had been 365 confirmed cases in the city this year. That figure, however, had not increased since Sunday.

Of the cases confirmed, the majority had been found in the Counties Manukau District Health Board region. A total of 435 cases had been identified in the area.

The Waitemata DHB has had 134 while the Auckland DHB had treated 76 cases.

Health authorities continue to push the message that vaccination is the best form of protection against the contagious disease.

Those most affected are from the Pasifika community with about 46 per cent of measles cases identified as being of Pacific descent.