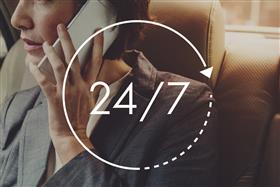 Bhubaneswar, India, Jan 15, 2020 -- The State Government is mulling to come up with a system to effectively deal with women harassment cases without the victims having to go to police station to lodge complaint.

A call-centre based project has been conceptualised on the lines of Women Power Line Project of Uttar Pradesh. It will address the issues by motivating girls and women to speak up while encountering or witnessing such harassment.

The proposed system will handle cases such as harassment over phone by sending sexually implicit/explicit calls and messages, harassment at public and private places, bullying and stalking. Cyber cases will also be looked after under it.

The victims can report the matter to a dedicated toll-free number or through SMS, WhatsApp, e-mail or mobile app 24x7. Calls only by girls or women who are victims or other girls/women, who are aware of reported harassments, will be entertained.

A proposal sent by Odisha Police was discussed at a high level meeting in Home Department on Tuesday. The project, if approved, will be launched on the birth anniversary of former Chief Minister late Biju Patnaik on March 5, sources added.

As part of the project, an internet telephony and cloud computing solution based user friendly call centre will be set up to attend complaints and counsel the victims. The project will have three layers - call responders, mentors and victim support and feedback services.

A police officer said the initiative will help girls and women who are reluctant to report harassment for legal action fearing social stigma or due to lack confidence in police. "Once the veracity of a complaint is confirmed, experts will counsel both victim and the perpetrator. If he doesn’t mend his ways even after counselling, an FIR will be registered on behalf of the victim and legal action taken on her consent," he said.

Odisha police has proposed appointment of 174 personnel including one officer in IG or DIG rank, an SP, four additional SPs or DSPs, four inspectors, 95 constables and 38 professional female counsellors for the project.

Cases to be handled