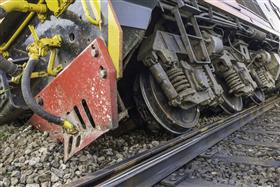 Odisha, India, Jan 16, 2020 -- In the wake of derailment of the Mumbai-Bhubaneswar Lokmanya Tilak Terminus (LTT) Express, the CentralRailway has set up helplines at five stations to provide updates about the accident to relatives of the train passengers, an official said on Thursday.

The helplines have been set up at the Chhatrapati Shivaji Maharaj Terminus (CSMT), Dadar and LTT in Mumbai and at neighbouring Thane and Kalyan stations.

"Since the train started from Mumbai, we have set up additional helplines so that relatives of the passengers travelling by the train can get updates," Central Railway's Chief Public Relations Officer Shivaji Sutar said.

Eight coaches of the Mumbai-Bhubaneswar LTT Express derailed near Cuttack in Odisha on Thursday morning after it hit a goods train, railway officials said.

At least 25 passengers were injured, an official said, adding that five of them suffered serious injuries.

There was heavy fog at the site, but the exact cause of the accident would be ascertained after a thorough inquiry, he said.