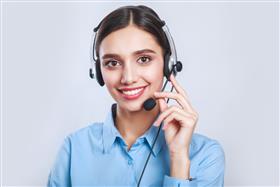 Officials have claimed that the helpline has turned a hit among women. State women and child development department runs the facility with technical support from In2IT Technologies company.

"The figures are quite encouraging. We are trying our best to ensure that any distressed woman who calls the Helpline gets appropriate and immediate help," said director (social welfare) women and child development department, D P K Reddy. He informed that on a regular basis review meetings are conducted with all stakeholders including shelter homes, NGOs, government officials to make the helpline more effective.

The counselors also receive lot of fake phone calls also but that have not deterred them from helping the needy ones. "At least 20 % of the total phone calls received at the helpline are fake. We advise the mischief mongers not to misuse the facility," said an official. The helpline facility functions round the clock and women of all strata call it for help.

"Trained women counselors listen to the problems of the complainants patiently and provide necessary help and guidance to them. Based on the requirements explained by the complainant, we ask the police and social organizations to provide help," said Shashanka Choudhury, HR practice head, In2It Technologies.

Sharing one of the success stories, Choudhury said a girl, who worked with a nursing care services agency, was rescued from a metro city after her brother complained about the matter at the helpline. "The girl was being physically and mentally harassed by her employers and was unable to escape. Her brother called the helpline and our counselors alerted local police and ensured her rescue. Many such rescue operations have been carried out in last one year," said Choudhury.