News : Office of the Director of Public Prosecution Opens Elections Call Centre Ahead of Polls 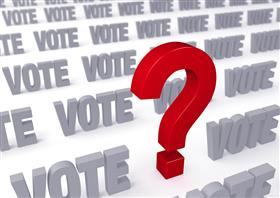 Nairobi, Kenya, Aug, 2022 -- The Office of the Director of Public Prosecution (ODPP) has launched an election call centre as the country gears up for next Tuesday's general election.

Director of Public Prosecutions (DPP) Noordin Haji said Wednesday that the call center will help bridge the gap between what is happening at the police station and what is happening on the ground during the electioneering period.

The call center will be manned by 8 people per shift.

Haji said that the information relayed to them will further allow his office to plan and ensure every person who has brought a complaint to them gets justice.

He added that using the mapping tool, they will be able to feed information received from different sources including the media every morning.

DPP Haji said that the initiative will ensure every crime reported is dealt with.

He added that the information collected will be utilized in making decisions to charge individuals who have violated citizen rights and those who have been involved in criminal acts against Kenyans.

"This will be a very important tool as it will allow us to be effective in discharging our mandate and ensuring that we deliver peaceful, free, and fair elections," he said.

Haji went forward to say that his office is well prepared to handle election-related cases adding that they had trained over 200 prosecutors across the country and other organizations including police, IPOA, and other agencies.

While commenting on the reports of some politicians allegedly using state resources, Haji said that he had requested the Ethics and Anti-Corruption Commission to begin investigations and forward the file to his office for further direction.

The launch of the Centre was welcomed by the members of Civil society who said it will play a key role in ensuring accountability before, during, and after polls and upholding the right of Kenyans to participate in a free and fair election.