News : One Million Callers to Police Hang Up After 15-minute Wait, Figures Show 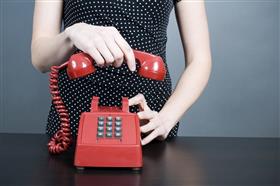 London, UK, Sept, 2018 -- More than a million calls to the police non-emergency number in London were abandoned in the past 12 months because people were waiting too long for an answer, figures have revealed.

The statistics obtained by Conservative London Assembly member Tony Arbour showed that a total of 1,257,858 101 calls were "aborted" in the 12 months to July this year.

The number is 50 per cent higher than the previous 12 months, raising fears that people trying to report low-level crimes are giving up in frustration. Callers waited an average of 15 minutes to speak to an operator, Her Majesty’s Inspectorate of Constabulary found.

Mr Arbour said: "The police inspectorate said in November that the Met was too inefficient, but this surge in waiting times indicates that the situation is getting worse, not better." He added: "So many potential crimes are failing to be reported through 101, meaning that London’s crime epidemic could be even worse than the statistics show."

Mr Arbour urged the Mayor Sadiq Khan to divert more cash into the police saying he had "splurged millions" on increasing the culture budget and bolstering bureaucrats at City Hall.

A Met spokeswoman said: "Since the introduction of interactive voice recognition four weeks ago, the average answering time has reduced to 85 seconds. We have also recruited an additional 169 contact centre staff and a further 37 supervisors, and the Met opens a new recruitment campaign for a further 200 staff later this month."