News : One Year of Lockdown: Mental Health Charities on the Importance of Reaching Out for Help 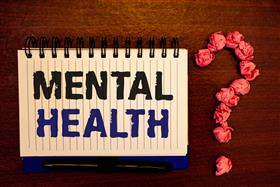 London, UK, March 23, 2021 -- Mental health charities for young people and musicians have marked one year of lockdown by speaking to NME about the importance and ease for those struggling to reach out and seek help.

Tuesday, March 23 marks the one year anniversary of UK Prime Minister Boris Johnson announcing the strict measures of the first lockdown to tackle the spread of COVID-19. A recent study found that one in four young people have found themselves "unable to cope" during the pandemic, due to anxiety, "missing out on being young", and fear about their futures.

Simon Gunning, CEO of CALM (the Campaign Against Living Miserably) said that his charity alone had taken 130,000 calls and over the last year, as well as a 100 per cent increase in the use of their website from 16-24 year-olds looking for help and advice.

"It’s been an incredible and dramatic year for increased demand," he told NME. "At the start of lockdown, we saw about a 38 per cent increase in demand for our helpline straight away. It continued around that but then jumped up whenever any kind of change was announced – like pubs opening and things opening up. People remained frightened, even when things changed for the better. We were told to go from a position of safety into being told we could leave that position of safety and that frightened people.

"We’re hearing from a lot of people who have never used helplines before, and that the people who might not consider themselves to be the ‘sort of people’ to use a helpline have found that it was really needed."

A recent poll by CALM found that 90 per cent of people surveyed claimed that they have struggled to start a conversation about how they were really feeling.

"If you had anxiety before, it’s likely to be a lot worse now. Even if you didn’t, there’s a lot more to be concerned about and some people have no one else to talk to," said Gunning. "The new kind of concerns come a lot from people working in the NHS with the trauma they’ve experienced, a lot of people who are unable to access mental health services that were restricted due to COVID and younger people who haven’t been able to see others.

He continued: "Isolation is incredibly difficult, especially when it’s imposed from elsewhere. With 16-24 year-olds we’ve been trying to deal in this strange commodity of hope, but it’s a very elastic concept. With older people, hope is quite an immediate thing about the next 24 hours. For younger people, it’s a more long-term view of the world. When normal things like exams, going to university and festivals are taken away, there’s a vacuum. That vacuum might be filled with social media, which is a great tool but can also be very damaging."

Gunning said that the gender and age inclusive charity were fully prepared for an increase in the demand of their services with the changes that will come towards the set roadmap date of June 21.

Asked for advice to those who might not have yet reached out for help, Gunning replied: "Give it a go. No one has ever regretted having a conversation that you can just walk away from. It’s anonymous, completely non-judgemental, and we are highly interventionist. We’ll help you with whatever’s going on in your life right now. We’ll help you think of solutions to problems. We’re just here to look out for you.

"It’s about starting that muscle memory to allow yourself to talk about what’s going on between your ears that will lead you to be able to talk about it again."

Help Musicians meanwhile, told NME that their helpline Music Minds Matter had seen a 25 per cent increase in musicians and people from the industry contacting them concerned about their mental health. Around 80 per cent of musicians and industry workers recently surveyed said that the current situation was having a significant negative impact on their wellbeing, especially with regards to financial problems – and how long it might take for their work to reach 2019 levels again.

"Linked to financial anxiety is mental health. That’s made worse for musicians by the inability to create, collaborate and connect through music," Help Musicians’ CEO James Ainscough told NME. "Music isn’t just a lifestyle, it’s an identity. Take that away and they have to go through bereavement and grief."

He continued: "Getting back to work will bring its own mental health challenges for musicians. Performance anxiety could hit people like a truck. They haven’t performed for a year and now every self-doubt and insecurity could come back even bigger. The mental hangover from the pandemic will be a long one, and there will be more bumps in the road as people readjust to working again. Our survey has showed that it’s triggered by real things like financial worry, but made worse by uncertainty for the future."

Music Minds Matter is open 24 hours a day, seven days a week – offering "a therapeutic conversation with a trained counsellor at the moment you need it". "That’s available to everyone in the music industry, not just musicians," said Ainscough. "It’s not like they hang up if you can’t play piano!"

He continued: "For anyone who’s already struggling, it’s never too late to reach out. For someone who isn’t struggling, it’s never too early to ask for help. The point of Music Minds Matter is that it’s the start of a conversation. You’ll be talking to someone who understands and who can point you in the right direction. It might even just be very simple advice that keeps you away from the brink. They’re experts and they’re ready for you.

"It’s also about staying connected with your friends and colleagues. Isolation can make your relationships go strange in all sorts of respects. The message for people who aren’t struggling is: look out for your friends who might be."

For help and advice on mental health: