News : Online Abuse of Kids on the Rise: Helpline Data 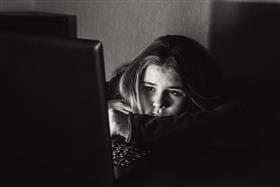 New Delhi, India, Aug 28, 2018 -- The dangers of the online "game" Blue Whale, believed to push participants towards suicide, have been revealed by the national child helpline, that received 39 calls last year from children entrapped by a challenge posed by a dominating administrator.

In September 2017, helpline 1098 received a call that two 15-year old girls from Agra had been rescued at Hoshangabad railway station in Madhya Pradesh. They were running away to Mumbai to deliver on a "task" assigned by the administrator of the game.

The girls told a counsellor that the game administrator threatened them that if they quit the game, they would lose their parents.

All 39 similar calls from children to 1098 in 2017-18 revealed a link with the Blue Whale Challenge. Some called to deal with the fear generated by the game, others were children in distress requiring physical intervention and then there were those seeking information about the game.