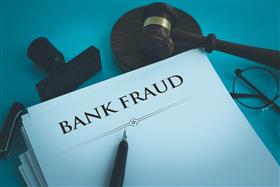 Johannesburg, South Africa, May 16, 2019 -- The call centre of the Ombudsman for Banking Services (OBS) fielded 26 970 calls last year, an increase of 18 per cent year-on-year and 58 per cent more than the past two years.

The Ombudsman for Banking Services (OBS) released its annual report today highlighting some interesting statistics for its operations for 2018 which includes the fact that they closed 7307 cases last year. This, according to Reana Steyn, Ombudsman for banking services was 12 per cent more than 2017 and an increase of 40 per cent over the last two years.

What’s more she said ATM fraud complaints dropped by four per cent from 18 per cent to 14 per cent and debt stress-related complaints almost doubled from 3.4 per cent to 6.5 per cent. She said their call centre fielded 26 970 calls, an increase of 18 per cent year-on-year and 58 per cent more than the past two years.

The office opened 1 459 and closed 1 349 internet banking fraud cases for the year.

Internet banking, ATM- and credit card- fraud accounted for 48 per cent of the complaints. She said the fraudsters used various tactics to entrap banking customers including by sending emails and phoning them. Steyn says the emails and calls are so convincing that many customers get taken in by the scam.

"This happens despite all the warnings issued by banks and even our office. Thousands of customers are fooled by the scammers and in the process they lose millions of Rands. In many cases victims disclose their personal banking details, passwords and PIN numbers which are the direct cause of the loss, and in those instances the banks are not in a position to issue a refund," Steyn added.

Out of the 7 115 cases opened, 2 659 (37 per cent were related to maladministration). The demographic view shows that the bulk of the complaints are from Gauteng at 42 per cent, Western Cape, 15 per cent, and KwaZulu-Natal 13 per cent. "The more significant statistic is that 70 per cent of the complainants are from people over the age of 40. We believe the older generation may be more prone to falling victim to bank fraud and we are targeting our awareness campaigns and consumer education to address this issue."