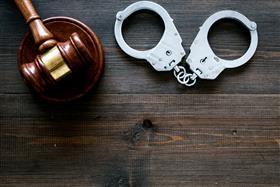 Kota Kinabalu, Malaysia, Dec 11, 2019 -- The first call centre in Sabah of an international online gambling syndicate was busted by police in a raid which saw 23 Chinese citizens operating from three units of a condominium in Bundusan, near here, being detained on Sunday.

"The raid was jointly conducted by a number of officers from Gambling and Secret Societies Division (D7) assisted by Special Branch and Sabah Police Contingent (IPK) Criminal Investigation Department (CID)," he told reporters at the IPK headquarters.

"Of those arrested, four were women aged between 19 and 27 and only 17 possessed a passport," he said.

Zaini said they have been renting the premises since early November and started the call centre a few days before the raid.

Police are still looking for the mastermind and do not rule out the possibility that locals are involved.

"Their clients were Chinese nationals and all transactions made via a transfer device to banks in China," he said, adding no physical cash was involved.

Some of them were busy conducting online gambling transactions using laptops and mobile phones during the raid.

The suspects are being remanded until Thursday and the case is being investigated under Section 4 (1) (c) of the Betting Act 1953 and Section 6(1)(c) of the Immigration Act 1959/63. Also presence was State Police Crime Investigation Department Head SAC Datuk Jauteh Dikun.